Is the Internet the Path to the White House?

Often on this blog we have spoken of the invaluable power of the internet as a marketing tool. In this day and age it is absolutely imperative for a business or concern who desires some level of success to establish an effective online presence. It is, in fact, much the same situation for political candidates, a statement which becomes more and more true as the years go on. In 2004, 75 million Americans, or 37% of the population, utilized the internet to learn about the election and the candidates who made up its dimensions. In 2008, that number rose to 46%. Now, 84% of voters who took part in the Sachs/Mason-Dixon Poll responded that they felt social media sites like Facebook and Twitter would be highly significant factors in determining the outcome of this upcoming election. Clearly, the internet is now more important as a political battleground than ever before, and this trend shows no signs of reversing any time soon. 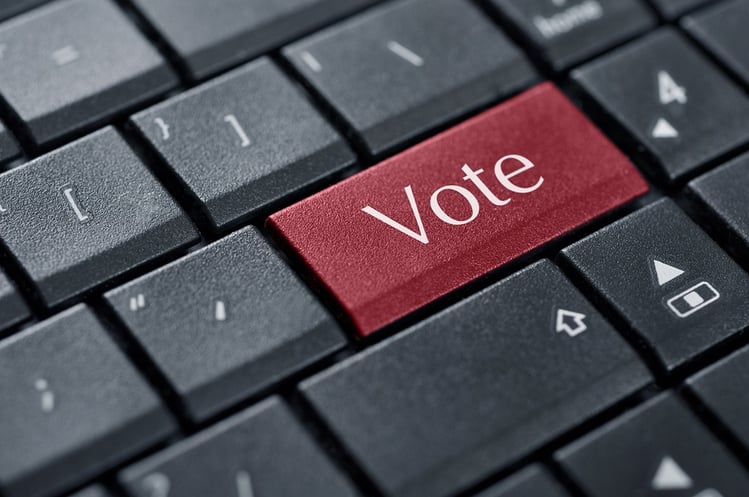 Rise of the Internet in Political Campaigns

Though the internet did play a major factor in 2004, particularly in the campaign of Howard Dean, just four years later the platform rose to a new prominence through the tireless work of Barack Obama’s campaign team. Throughout the election, Obama sought to present himself as a more youthful, relevant candidate than his opponents on both sides of the political spectrum, and he succeeded, largely through his online efforts. Much was made of Obama’s method of “grassroots” campaigning, the way he was able to use the internet to gather funds, organize political action and enlist volunteers. Though he still placed a good deal of focus on his television presence, Obama correctly noted the power of the internet as a more interactive tool, a way to address people in a more direct and personal manner.

The presidential nominee utilized many methods to gain an online advantage. He used social media to gather supporters to act as volunteers, then provided them with the tools necessary to assist him, phone numbers to call, places to visit or emails to send, and carried out all of this online. In what is now viewed as an essential step in any major political campaign, Obama also established profiles on various sites. His Facebook profile was liked by more than 2.6 million people and shortly following his reelection his Twitter account was the most popular on the site, with 123,000 followers. In the end, more than 3.2 million people went online to donate money to Obama’s campaign, raising almost half a billion dollars. As such the internet reveled itself as a monumentally important political tool.

Skip This Ad in 5 Seconds

During his campaign, Obama used a variety of social networks to his advantage, perhaps none as significant as YouTube. In 2008, 14.5 million hours of time was spent by users watching videos on Obama’s page, videos which were uploaded for free. If Obama’s campaign had booked 14.5 of TV ad time instead, the cost would have been a cool $47 million. Now, the candidate is taking largely the same approach. Last June, it was reported by CNN that Obama’s team had already spent $16.4 million dollars on online advertising, more than double the amount rival Mitt Romney shelled out for such purposes. Currently, it seems that both candidates are spending a good deal of funds attempting to use media streaming sites to their potential advantage, as anyone who has tried to view a Youtube video in the past few months can attest. Obama also remains active on Facebook and Twitter. He even hosted a Q&A on Reddit about a month ago. Though Romney has spent a good deal of money building his online presence, Obama continues to be more savvy in utilizing the web’s vast potential.

Popularity Contest on a National Scale

Following the great success Obama found on the internet during his first white house run, 2008 opponent John McCain, attempted to follow suit, but did not meet with the same level of success. Compared to Obama’s 2.6 million Facebook friends, McCain found only 624,000 supporters in the site. He also trailed Obama on MySpace, almost 845,000 to less than 219,500. Today, the situation is much the same. While Romney is supported by 7,363,000 Facebook users, that is only about a forth as many as have used the site to pledge allegiance to Obama, whose number of supporters has swelled to a rather astonishing 28,881,000. On Twitter, the president has about 20,142,000 followers, compared to Romney’s 1,180,000.

So why is there such a large gap? Well, it might just come down to the nature of the candidates’’ supporters. As I previously said, Obama’s 2008 campaign was all about galvanizing the youth of America to not only go out and vote but to be excited about doing so, so excited that they would actually try to get others to go and do likewise. On the other hand, McCain, more than twenty years older than Obama, focused his campaign on a somewhat older audience, an audience who might not be as attuned to the fine art of social networking. Romney is working to a similar crowd, with 43% of his supporters over the age of 55, and for people of that age the internet just doesn’t seem to hold as much sway.

42% of voters between the ages of 18-29 say that they get their political news online where older voters generally still get their information from television and newspapers. 37% of those younger voters have gleaned political information from social media like Facebook. Just 4% of voters over 30 and 1% over 40 reported doing the same. Though they are more dramatic, these numbers correspond to the overall age data for social media usage in general, with 67% of responders between the ages of 18-29 saying that they used such sites regularly, while only 6% of those polled over the age of 40 responded in kind. This is not to say that online campaigning has no effect on older voters. While they would seemingly rather rely on newspapers for their information, a sizable 43% of voters over 50 say that they stumbled across a political ad online while searching for something unrelated. Still, television still stands as America’s primary source for election news, but the question is not whether this trend will continue but how soon it will be until it is reversed. While the number of voters between the ages of 18-29 who use the internet as their primary news source has doubled from 21% to 46% since 2008, the amount of responders within that demographic who use TV to this end have decreased in that same time span by about 15%. Close observation of these trends reveals that the internet is slowly overtaking TV in terms of relevance. How long this process will take is anyone’s guess, though if this current rate is maintained we’re only a couple of elections away from such a scenario.

Of the power of the internet over political campaigning, and specifically of Obama’s usage of online tools, Joe Trippi, the political manager of Howard Dean’s 2004 campaign, one of the first to attempt to truly utilize the internet for its grassroots potential, said in 2008 “You don’t want to be Goliath anymore, you want to be the guys handing out the slingshots.” Throughout this blog we have seen the truth of this quote present itself time and time again, from our investigation of illegal downloading to our look at crowdfunding. The internet allows users to feel more connected to the myriad issues that surround them, more in control of their fate, but it does much more than that. Rather than simply making users feel as though they have more power, the internet actually delivers on its promise, allowing users a quick and easy means to show support, to pledge funding and to state their opinions for all to see. The internet is an incredibly important social tool, and its power will only increase from here. I expect to see it integrated even more thoroughly into our next election in 2014 and even more so in 2018. Thanks to campaigns like Obama’s and Dean’s, the internet has now been laid bear as the immensely powerful tool that it is. As I previously stated, this trend shows no signs of reversing.