In 2000, programmer and musician Brian Camelio started a website which would change the face of the music industry forever. Called ArtistShare, his invention was a place where fans could pledge money toward artists for whom they felt an affinity. In return for helping artists cover the costs of their albums, fans would receive various rewards as well as a more intimate perspective of their craft. The site was a great success, with the albums funded there earning fifteen Grammy nominations and five wins to date; soon after, hundreds of new websites have since followed its precedent. While simply trying to aid underfunded artists in distributing their music, Camelio had basically invented the concept of online crowdfunding. 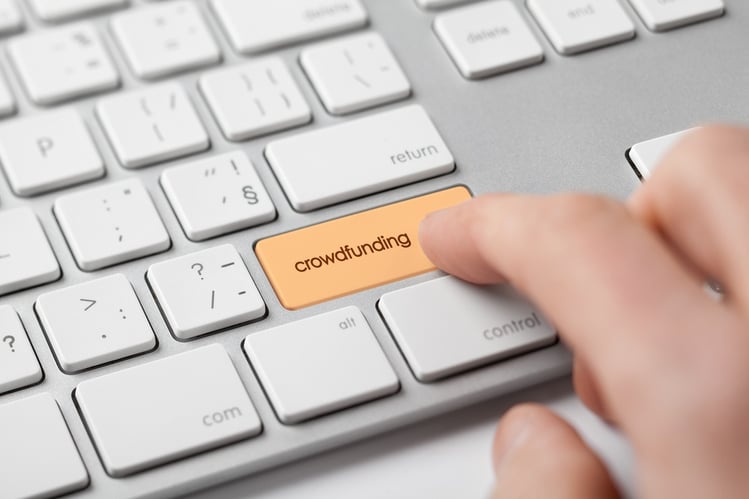 Crowdfunding is a process through which an entrepreneur will propose an idea and ask for the support of consumers who believe the concept has merit. The proposer sets an overall fundraising goal along with tiers of rewards which correspond to various dollar amounts (e.g. pledging $10 receives a hat or a mug, whereas $100 receives an autographed picture—the possibilities are endless). In 2012, it is predicted that the 530+ crowdfunding platforms across the world (191 of which are in the US) will raise approximately 2.8 billion dollars. Clearly, crowdfunding is quickly becoming a powerful force in fundraising.

Though there are several popular crowdfunding sites, such as Indiegogo and GoFundMe, the name most commonly associated with crowdfunding is certainly Kickstarter. Founded only three years ago, Kickstarter has quickly garnered a great deal of attention and acclaim, having hosted almost 67,000 projects. Last year, 11,836 of those projects proved successful, generating $99,344,381 in pledged funds. Unlike ArtistShare, which catered exclusively to the needs of musicians, Kickstarter welcomes proposals from all fields, including: art, comics, dance, design, fashion, film and video, food, games, music, photography, publishing, technology and theater.

Though it is often used by artists to cover publishing or production costs, Kickstarter can be a powerful tool for businesses within any industry. Presently, the featured project on Kickstarter’s main page is Bravado Spice, a small company founded by two guys who wanted nothing more than to make really good hot sauce. They asked for $7,000 to help them make and distribute their product, offering t-shirts, stickers, tote bags and bottles of sauce to those who contributed. In return, they received over $14,600, more than double their goal. Just like that, they raised enough money to fund a legitimate business endeavor.

A multitude of success stories like this can be found on Kickstarter’s site: Vere, a group of sandal makers, asked for $12,000 to manufacture and distribute their shoes and received over $56,600; Arden Reed, a custom clothing company, asked for $4,000 and earned $20,400; Brenner Brewing Company turned a goal of $10,000 into a $26,000 victory; to develop lucid dreaming masks, Remee asked for $35,000 and received over half a million dollars. Even when the results aren’t so dramatic, there are still a lot of companies who got just what they asked for: earning their goal and perhaps a bit more. Overall, thousands of companies on Kickstarter have found the means to achieve their dreams.

There are many reasons why Kickstarter is a great tool for any business. Say you’re just starting up and you need some capital to get things rolling, or you’re already in an established business but you’re struggling to meet your financial goals. Sure, you could go to individual investors and plead your case for a loan, or you could sweat it out in a temporary job trying to earn enough money to get your foot in the door. Or you could try Kickstarter where, instead of relying on a limited pool of investors, your proposal could potentially be seen by millions. Regardless of whether you’re a newcomer in your field or an established professional, you’ll receive the same visibility on Kickstarter. Likewise, with its rewards system, a Kickstarter project can also be an excellent way to connect with users and prospective clients by adding a very personal touch to fundraising. This allows consumers to feel significantly more involved, laying the foundation for a more intimate relationship between a business and its clients, and sparking increased loyalty toward its products or services.

Despite its benefits, don’t think that Kickstarter is going to just make all your dreams come true. It certainly might, but the numbers aren’t so encouraging. Of the projects included on the site, only 44% succeed. Additionally, while almost 90% of featured projects reach their goal, only 35% of those which the staff neglects cross the finish line. So, when you post a project on Kickstarter, the odds aren’t exactly in your favor. Furthermore, unlike sites like Rock the Post, ArtistShare, GoFundMe, or RocketHub, if you don’t reach your goal on Kickstarter, all of the money pledged to you gets refunded back to the users. Worst case scenario: proposers of underfunded projects risk losing any time or effort put toward promoting their projects. In the end, you don’t have much to lose by using Kickstarter, but the potential gains are limitless. It’s something that literally every business should consider.