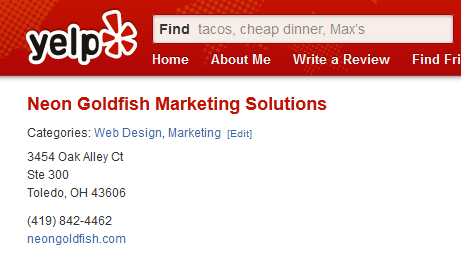 Personal recommendations are an immensely powerful tool for any business. The average human will put much more stock in the words of another human than in the copy on a poster or in an advertisement. As such, personal recommendations are an integral part of just about any strong business plan. That being said, they’re not particularly easy to come by. Of course, the most obvious way to get them is to simply do a good job. Produce good work and good reviews should follow. However, sometimes things just don’t work out that way. Sometimes you can provide a fantastic service and still not receive the recognition you deserve. For a business in this situation it would be best to hire a reputable SEO service or public relations firm to help reverse their fortune. However, some seek to take an easier way out. If the positive reviews and recognition don’t come naturally some businesses seek to manufacture those helpful elements artificially through a process known as astroturfing. Of course, these reviews are of no use to anyone but the companies who request their creation. They are a disservice to the potential consumer, essentially being nothing more than a lie, and as such online review sites like Google Local and Yelp do their best to combat them. That being said, there’s really only so much that can be done.

About 80% of consumers trust online reviews as much as personal recommendations. After all, online reviews are meant to be exactly that. The only difference is that you frequently don’t know the true identity of the person making the online recommendation, and therein lies the opportunity for manipulation. Sites like Yelp have no way of verifying the identity of their users. You’re easily able to construct a false persona or invent an alternate identity. Yelp counteracts this by more carefully scrutinizing posts by users who have written very few reviews or who have no friends on the site, but that just makes established users more in demand for clients looking to increase their company’s profile. Many are seeking out more entrenched users to add validity to their fake reviews. The more aggressive sites like Yelp become at attempting to track down fraudulent posts the more cleverly those who utilize them scheme to circumnavigate those efforts.

Where do these fake reviews come from? There are a number of potential sources. Many are created by people responding to ads created directly by businesses. Sometimes these ads explicitly seek out users who have an established reputation on the sites the businesses hope to exploit while others are more inclusive. Some request that users post from multiple IPs to make their posts seem that much more legitimate.

Businesses which endeavor to be a bit more subtle about their attempted deception will sometimes enlist the help of black hat marketing companies. The company may write the reviews themselves, but they’ll probably source them elsewhere, most regularly to freelance writers in places like Bangladesh and the Philippines for $1-10. On the surface this is all a rather appealing prospect: a small price for a big reward. It’s been reported that increasing an additional star on Yelp can often bring in as much as a 9% upswing in revenue. That being said, that small price could lead to a big fine somewhere down the line.

At the time of this writing, it has been about a month since Eric T. Schneiderman, the Attorney General of New York, exposed the astroturfing practices 19 companies operating within his state as part of a year-long undercover effort called Operation Clean Turf. When served with litigation, these businesses, a diverse bunch including everything from SEO companies to a laser-hair removal business to a bus charter company, admitted to paying for reviews. As a result, they were collectively fined more than $350,000, with each contributing a different portion of that amount. So is the problem solved? Not even close. Yes, sites like Yelp are doing their best to weed out fraudulent reviews and this litigation is likely a step in the right direction, but as we’ve seen time and time again punishing certain people for something doesn’t necessarily make other people stop doing it. In fact, this a problem which is getting worse and worse. It’s too early at this point to see the effect that Schneiderman’s case will have on the astroturfing industry, but I personally wouldn’t expect this verdict to change much of anything.

Have a look at the numbers and you might begin to share my cynicism. According to a report by Michael Lucca, an assistant professor at Harvard Business School, 5% of posts on Yelp were fraudulent in 2006. Considering the hundred-million-or-so users who visit the site every month, that statistic would be troubling enough. However, over the past seven years the amount of posts on Yelp which are suspected to be fraudulent in nature has risen to 20-25%. That means that as many as 1 out of every 4 reviews on Yelp is a fake, a plant. Gartner believes that as many as 15% of reviews on social media sites will be fraudulent by 2014. And with 90% of users saying that online reviews factor into their financial decision-making process, that’s a pretty hard pill to swallow.

How can you know which reviews to trust these days? Well, you can’t for sure, but you can improve your odds by following these guidelines:

Ultimately, there’s no way to completely know for sure. Be careful, think critically and stay aware. Don’t believe everything you read online and only put stock in the opinions of people you trust. This problem isn’t going anywhere. It’ll never go away completely, but that just means that we, as consumers, will have to adapt.