Creative Ways to Use Pinterest to Promote Your Business

The four most popular social media sites in America are Facebook, Twitter, LinkedIn and Pinterest. The first two are often thought of as mandatory. If you want to have a successful business, you obviously need to establish Facebook and Twitter accounts, you need to update them regularly and you need to find and hold onto community support. These are facts that many in the business community now take for granted. As for LinkedIn, that’s a no-brainer. It already revolves around business, allowing professionals to make connections within their field, share experiences and build relationships with those who have similar ambitions. Clearly, the odd one out in this key group is Pinterest. Unlike other social media sites, which revolve primarily around words, Pinterest is image-based. Because it is different, and perhaps a bit odd, it is a far less popular site for business promotion than Twitter or Facebook or even Google+. That being said, Pinterest does have a great deal of potential as a promotional platform. It’s a new type of social media experience, so new strategies will have to be created to utilize it properly. You can’t advertise on Pinterest using most of the methods you learned on Facebook for example. That being said, if you take a bit of time to think about it, you’ll soon see that Pinterest is almost as viable. 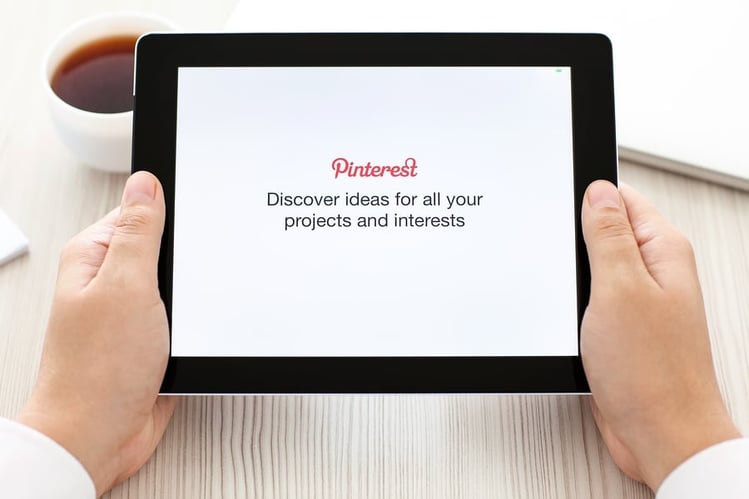 So what is Pinterest? Basically, it’s a site where users post images of things they enjoy. These images are organized into groups. You might have a collection of photographs illustrating the actors one likes, the kind of food they like to eat, what kind of hats they enjoy and so on. 72% of the sites users are female, and it has even been said that mothers are 61% more likely to stop by than the average American. The site receives 85,500,000 unique visitors every month and 25 million registered users. And, in fact, the site is already moving plenty of merchandise, though the stats concerning how it’s doing so are quite fascinating. Earlier this year, Sephora revealed that its Pinterest followers had spent 15 times more on their products than their Facebook users. Admittedly, Sephora is doing some of the work to make those sales possible, but honestly they don’t have to do much. Simply including the price of the item in the image you’ve chosen to display will net you 36% more likes on Pinterest.

The site’s users aren’t naïve. You’re looking to sell, and they’re looking to buy. It’s not just about trading pretty pictures, it’s about gathering recommendations and learning about new products. In fact, if you don’t advertise on Pinterest the site’s users will basically do it for you, provided they already like your product. 70% of brand engagement on the site is instigated by users, most of them following as many as ten brands or retailers specifically. And here’s perhaps the most promising statistic of all: more than 80% of online consumers living in the United States trust Pinterest and the data it contains. They fully believe that the information on the site is genuine and truthful. On the other hand, as many as 70% of Facebook’s users don’t trust the site. So, to recap, Pinterest users spend more than Facebook and Twitter users, they do most of the advertising on the site themselves and they trust the data presented on the site completely. The advertising potential is obvious.

But even if these users are ideal candidates for the purposes of marketing, how do you reach them? Well, you’ll have to consider your environment. As I previously stated, Pinterest isn’t about words, it’s about images. The more you can get across using said images the better. You must show your product, illustrate what it does and make clear how it might benefit the lives of the users who come across it, all with one simple image. Here are a few ways you can utilize Pinterest as a marketing platform today:

The examples included here are just a few of the many steps you can take to utilize Pinterest as a marketing platform. The good news is that if the site’s users appreciate you they’ll do most of the work, essentially marketing your product for you. That being said, it’s not easy to arrive at that place. It takes tireless work. You must endear yourself to the users, make your value clear and make your product seem as irresistible as possible. You must give the users clear motivation to purchase your wares, yet you can’t be obvious about it or you’ll leave you potential customers feeling used. It’s a delicate balance to strike. One thing is certain, Pinterest has become too popular to ignore. It’s a fantastic marketing platform, as the people on the site come there looking to consume, to find new products they want and new brands to follow. They’re out there waiting. Making the connection is up to you.