Is Facebook’s new service a viable rival to LinkedIn?

Over the past year or two, Facebook has been taking a similar route to Google, expanding their service beyond its former parameters to offer more and more services and features. Some have been met with success and others with relative failure, but its too early to see whether Facebook’s latest venture will pay off. It’s essentially a job search engine, an app called Social Jobs Partnerships. Having launched only a week or so before the writing of this article, the new service had been rumored for some time, and it has been seen by many as a natural step forward for the site. Many have labeled the app as a potential competitor to LinkedIn, a site which has long been the world’s foremost job-centric social network, a place where people can go to make connections with their peers and look for work within their fields. But does Facebook’s new service have what it takes to be a viable rival to LinkedIn? In short: probably not. 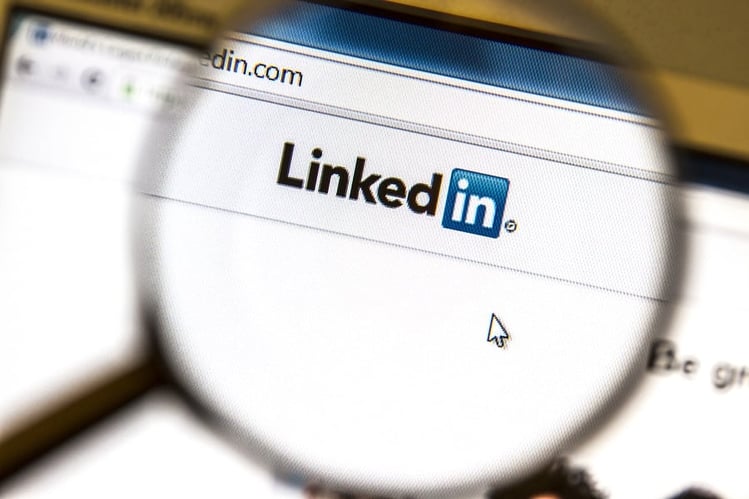 The site’s interface is somewhat refreshingly simple. On the top of the page it lists the current number of jobs available. When they began there were more than 1,700,00. Now that number has risen to almost two million. You begin by typing in a keyword and your location. Next, you select the distance you are willing to travel from a dropdown menu. Choose the category of job you’re currently seeking and a second menu, one headlined “subcategory,” will fill with options. Select one of those as well and press search jobs. Now, below you’ll be able to see any and all job results which come close to matching your guidelines. The results are divided into those collected by four different popular job-hunting sites: BranchOut, Work4Labs, US.jobs, Jobvite and Monster. The results from each site can only be looked at one at a time rather than all of the results being collected together into one list.

If you see a job that catches your eye then there are a few different ways you can proceed. You can, for example, like the job posting for some reason, though the thought of why you would want to is somewhat perplexing to me. If you see a job you think would be well suited to a friend, or if you just want to give yourself an extra reminder, you can also send a message announcing the existence of the listing to anyone you wish, provided they have a Facebook page of course. But say you’ve had enough of liking things and sending messages and now it’s time for decisive action, so you clink the link and prepare to apply for the job. At this point, a button will appear offering you the option of heading to the site though which you have filtered your search results, Monster or BranchOut for example, and applying there. All of these sites already have preexisting Facebook apps, so clicking on one will not cause you to leave the site altogether. Rather, you will be taken to a page within the confines of whichever app you have chosen with more information on the job. If you’re still intrigued then you are free to head to the bottom of the page and click the large “Apply” button. Once you do, you will finally leave Facebook behind entirely and head to the job-hunting site of your choice itself.

What really intrigues and surprises me about the Social Jobs Partnership app is how unambitious it is. That being said, I don’t want to give the wrong impression. I’m not knocking this app. I actually think it’s quite neat, solely because of the convenience it offers. It’s appeal is very simple and basic: by putting results from all of these jobs sites in one place it saves you the time and hassle of going to each one individually. Basically, you get the benefits of all five sites by traveling to one. Honestly, I don’t know why someone didn’t think of this idea sooner. It’s a crowdpleaser certainly, and I get expect it will be used by a great many people. It would be disingenuous of me to complain too much about an app this pleasant and functional, so I won’t. I really have nothing much to complain about honestly. Social Jobs Partnerships is trying to do very little, and it’s definitely succeeding. That being said, if you were expecting something exciting, something revolutionary, you’re going to be disappointed.

So, is the Social Jobs Partnerships app up to taking down LinkedIn? The prospect certainly had the sites investors nervous, as the company’s stock dropped 2% on the day the app was released. It was an automatic, fear-based reaction, and they needn’t have bothered getting so worked up. In its present state, SJP has nothing on LinkedIn. That site is highly interactive, offering you not only the tools to apply for jobs but to make connections and spread your resume and gather interest for your work. By comparison, Facebook’s app is just a search engine, a convenient little tool. It offers none of the connectivity of LinkedIn, and far fewer options.

But some will be quite happy with SJP, and I feel it is important to point out that both of these sites will fill pretty disparate niches. For all of the media’s posturing of this app as a potential competitor to LinkedIn, I don’t see it that way at all, and I’m not sure that was even Facebook’s goal. The services provided by the two sites are similar in that both are job aggregators, but the comparisons end there. The sites are so radically different in their scope, their approach and their intent that I am not at all convinced that Facebook was even trying to offer an alternative to LinkedIn. Both have their place, and both could co-exist forever in total harmony if they both chose to do so. Do you want a more immersive experience, a place where you can network, make connections, spread the word and attempt to further your ambitions? Then sign up for LinkedIn. On the other hand, if you’re just some guy looking for a job, I think Social Jobs Partnerships is a very nice resource, and one which could prove quite useful. Different kinds of people with different goals and intents will favor one or the other, but both will serve their role.

So that’s about it, for now, but I have a feeling things aren’t going to stay this basic for long. The reason I was so surprised by the simplicity of SJP is that Facebook has the potential to do so much more, and while this recent app has not enhanced that potential, it has certainly not diminished it. The big Facebook jobs board that’s been rumored for so long? I believe that’s still coming somewhere down the line. I can almost guarantee that is not the end result, just a small experiment along the way. Facebook has always been about refinement. Before they arrived on the current Timeline setup Facebook went through frequent design updates. Every time a little bit more got changed, and since the institution of Timeline this trend has not stopped, as they continue to make minor tweaks now and then. Therefore, I don’t view SJP as anything more than a stepping stone towards something bigger and more impressive. Fifty percent of employers say that they already use Facebook to look for new employees and this trend seems to be gaining more power and support all the time.

So, to recap: Facebook has a huge audience, one billion members, they have the faith of potential users, the trust of a great deal of companies (both major and minor) and alliances with some of the most popular job aggregators online. They clearly have the resources and the support to take this job board concept MUCH further than they already have. I could easily see Facebook becoming a major competitor to LinkedIn and maybe even beating them at their own game. However, they’re certainly not there yet. That’s no reason to assume they never will be, but while we’re waiting, let’s cool down with all of the LinkedIn comparisons, all of this rivalry talk. Save it for later.