Which Social Media Service is Worth Your Business’ Time? 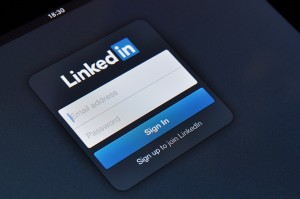 These days it’s basically mandatory for a business with an online presence to have, at the very least, a Facebook page, and generally a Twitter account as well.

Sure, if you’ve already established yourself in your community and the surrounding area these items aren’t exactly necessary, but they’re still very helpful. Nearly 75% of marketers say that Facebook is an essential part of any modern marketing strategy.

Companies have already seen social media generate a significantly higher conversion rate than directly sent mail or pay-per-click marketing. Currently, 56% of American adults have a social media presence. Clearly, ignoring this would be a huge mistake. But which social media site has the most marketing potential? Let’s break them down and find out:

Twitter: With 500 Million users and 39 million unique visitors per month, Twitter is a fantastic resource for any business. With its tweeting/retweeting formula it’s a great way to get important news to your clients quickly a 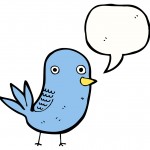 nd to simply keep them engaged. About 68% of Twitter users utilize the site to follow a brand they enjoy. It might as well be your company. Twitter is valuable because of the speed, simplicity and sharing potential of its service. On the other hand, Twitter is not the ideal platform for posting visual content. You are certainly limited in the amount of content you can post as well, with each tweet limited to 140 characters. In a sense, this is a good thing, as it helps you trim the fat and get to the point, leading to clarity that users might appreciate. On the other hand, it’s not a good medium for discussing more complex issues

Pinterest: A somewhat undervalued option, Pinterest may only have 12 million visitors a month but it’s still well within your interest to consider the site’s marketing potential. For one thing, most users come to Pinterest to discover something new.

Sometimes this is an idea, a suggestion, but often it’s a product. More than any other social media site, Pinterest users are open to the idea of being marketed to. They’re basically asking for it. The most promising statistic associated with the site concerns the amount of time users spend therein. While the average visitor will spend about 36 minutes on Twitter or 12 minutes on Facebook, Pinterest users spend an average of 1 hour 17 minutes on the site. That’s a unique advantage, one that should not be undervalued. On the other hand, Pinterest advertising relies on the consumer's actions, perhaps a bit too much for comfort.

Because of the site’s general lack of text, most marketing attempts have to be made through the power of suggestion, hoping that the user will follow through. Sometimes this trust pays off, but frequently it does not.

LinkedIn: The only social media site created specifically for businesses and the workers who allow them to function, LinkedIn has some obvious advantages. Yes, when it comes to this particular your audience is much smaller, consisting not of the general public but of business professionals with a desire to network and seek guidance.

On the other hand, running a successful business isn’t all about engaging the public. Relationships with other businesses are essential to the growth and continued relevance of a wide variety of enterprises. Not only can you find businesses who might want to avail themselves of your services as clients, but you’ll also find individuals who can aid you in other ways, like providing advice or giving you access to an important social connection. Among the options presented here, Linkedin is truly unique.

Facebook: Of course, Facebook still remains the most powerful social marketing tool out there. It has 167 million unique visitors a month, far more than any other similar site. 80% of users use the site to connect with brands they enjoy, with one third of them claiming that they feel significantly closer to the businesses they like as a result of their Facebook connection. Like Twitter, Facebook is 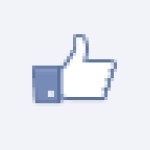 a fast, convenient way of communicating with a large number of people quickly. However, it’s even more versatile than it appears on the surface. You can keep your users engaged in many different ways, everything from interesting links to surveys to videos to images and more. That being said, properly maintaining a Facebook page takes time and dedication. You’ll not only have to update the page frequently but monitor it regularly to ensure that all is well. Having some sort of Facebook presence is very important for most modern companies, but it should only be attempted if you have the time and the skill to really use the site to build your brand.

Remember that doing so requires a certain level of commitment. If you don’t keep your profiles up to date, routinely engaging users and holding their interest, you might as well not be on the sites at all. However, if you’re willing to put in the time, I would recommend creating a presence on multiple sites.

Each service has plenty of users, all of whom are potential future clients. Weigh these options and consider, based on the pros and cons, which social media service will truly give you the best return on your investment.