Prism: Why Does it Exist and How Alarmed Should You Be That it Does?

By now you've probably heard something about Prism and Edward Snowden, the whistleblower who brought the operation to the world’s attention. The whole media blitz begin as the result of a recent revelation that Verizon had made its users’ call records available to the National Security Agency (better known as the NSA). Needless to say, people were outraged. What they didn't know at the time, and what they soon discovered, is that Verizon was far from the only company to comply. It has since come to light that some of the most widely used internet services, sites like Google, Facebook, Skype, YouTube and Yahoo, have also been providing the NSA with information, as have Microsoft and Apple. All of this information is currently being collected as a part of a program called Prism, which is intended to weed out foreign terrorists and learn of their plans in time to stop them from occurring. Many of these companies have strongly denied any links to the program, though it’s not like anybody believes them at this point, especially since the NSA would have certainly ordered them to keep these operations confidential. What people want to know now is precisely what the NSA has been collecting, who they've been collecting it from, and what they're using it for. 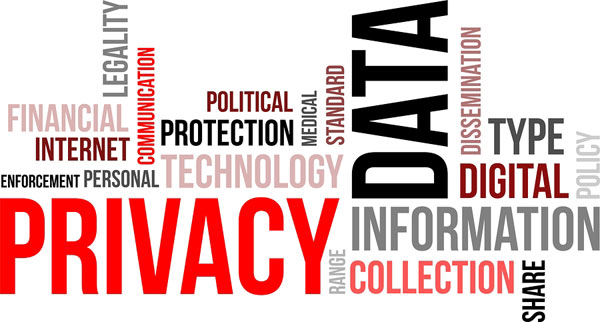 The Prism project has been around since 2007, so President Obama wasn't involved with its creation. That being said, he certainly hasn't done anything to shut it down. And it’s not like he’s not aware of its existence. Much to the contrary in fact. Actually, the data collected through Prism is the most frequently quoted source in the NSA’s analytic reports. They're not shy about mentioning the program to those who have been entrusted with said knowledge. So if two US presidents thought that Prism was a good idea, maybe it does have its merits. Let’s address some of the most frequently asked questions about the program and see if we can’t shed a little light on its validity:

What can the NSA see?

Just about everything, or, to put it another way, anything they could possibly want to see and more. Phone records, emails, documents, audio and video files, connection logs… whatever they need to determine whether or not you’re a dangerous terrorist.

Who is the NSA targeting?

Foreign terrorists. Now that they’ve been forced to show their hand, the members of the NSA who have been willing to talk about this have made clear that they’re not trying to target Americans, only foreigners who might be thinking about attacking our country. At first glance, this seemed a bit xenophobic. After all, can’t Americans commit terrorist acts against their country as well? Though I suppose the NSA has a much easier time violating the rights of foreigners than Americans.

I’m an American. Does that mean the NSA isn’t looking at my emails?

Nope. They very well might be. Just because the NSA doesn’t go after American specifically, that doesn’t mean that they don’t still collect a great deal of data from Americans. This is what is known as incidental data. Basically, if a foreigner is suspected of a terrorist action, every single email they receive and send out will be monitored. Also, because they are allegedly in communication with a terrorist, the email accounts of everyone in the “terrorist’s” email inbox or outbox is then monitored as well. In other words, a lot of Americans are still going to have their inboxes monitored whether they’re suspected of terrorism themselves or not. And it gets ever worse from there. Say the NSA is watching a suspected terrorist. They receive an email from an American asking them to a barbeque or something. That American’s email is then monitored. However, now that said American has been linked to a terrorism suspect the people that are emailing him or her might also be potential terrorists as well, so now the NSA also takes it upon themselves to monitor the email accounts of anyone who has ever emailed the American as well. And then from there the cycle continues. The NSA’s analysts have been told to follow and monitor every single contact “two hops” out from the “foreign terrorist” they were supposed to monitor in the first place. So, potentially, for every one suspected terrorist out there hundreds or even thousands of Americans could be monitored as well. American data is not discarded, but is instead aggregated and catalogued with all of the other data being collected.

How does the NSA decide who to monitor?

By gauging their “foreignness.” The NSA’s analysts use a list of “selectors,” otherwise known as keywords, to determine just how foreign a person may or may not be. So just how sure do they have to be about your “foreignness” to target you? 51 percent. That’s all. If that’s all they require to completely eradicate someone’s privacy then why narrow it down with keywords at all? Why not just pick names out of a hat? You just better hope that you don’t correspond to 51% of their selectors. What are those selectors exactly? No one knows.

Are the people who are looking at our emails at least trusted professionals.

Well, to answer that question, let’s take a quick look at Edward Snowden, the man who came clean and provided us with all of this troubling information. About a decade ago, he dropped out of high school. After a failed stint in the Army Special Forces, a career he was forced to abandon due to an unspecified injury, he went to community college to attempt to earn his GED. There he took a few computer courses, but he never finished them. As he’d done in high school, he dropped out of community college to work for our government, this time as an NSA security guard. However, he soon rose through the ranks, using the knowledge he’d learned in those incomplete community college computer courses to provide the NSA with IT security services, and then to work on the Prism project. Edward Snowden is clearly a smart guy, but he’s not very qualified, he doesn't have much experience or training and he’s certainly not the time tested professional we would want pouring over our private emails. Well, we wouldn't want anybody pouring over our private emails, but you know what I mean.

Some of you might be wondering about Edward Snowden. It’s currently unknown why he picked this time to divulge his data. Perhaps his conscience simply got to him and he couldn't hold it in any longer. Before telling the world this troubling news, Snowden fled to Hong Kong, where he figured he could hide from the US government and be safe. Unfortunately, it turns out that Hong Kong has an extradition agreement with the US, so local government officials wasted no time in warning the fugitive they were harboring that he should probably leave as soon as possible. A few counties, including Russia and Iceland, have offered to take Snowden in, but as of right now he’s simply disappeared. He checked out of his Hong Kong hotel on Monday, June 10th and has not been seen since at the time of this writing. While it might be perversely tempting to assume that he has been captured by the CIA, he is assumed to still be hiding out in an undetermined location. In fact, Glenn Greenwald, the journalist who Snowden originally contacted to share the truth about Prism, says that he’s spoken with his source recently, though he rightly refuses to share his location. In the end, Snowden did a truly great thing by coming forward. Many assumed, in the years following the institution of the Patriot Act, that government surveillance was occurring to some degree, though the breadth and depth of Prism is still somewhat shocking. Right now there’s nothing we can do. The NSA has the government’s support, and this program isn't going anywhere. So, until someone comes up with a better idea, let’s just continue on with our lives and hope that the NSA leaves us in peace.