Super Bowl 50 is this Sunday.

And while it is likely the last game we will see future Hall of Famer Peyton Manning play, most of us will be tuned into the game in anticipation and high expectations for the commercials.    This is no doubt the only time of the year our fingers don't make a mad dash for the remote control when a commercial comes on. 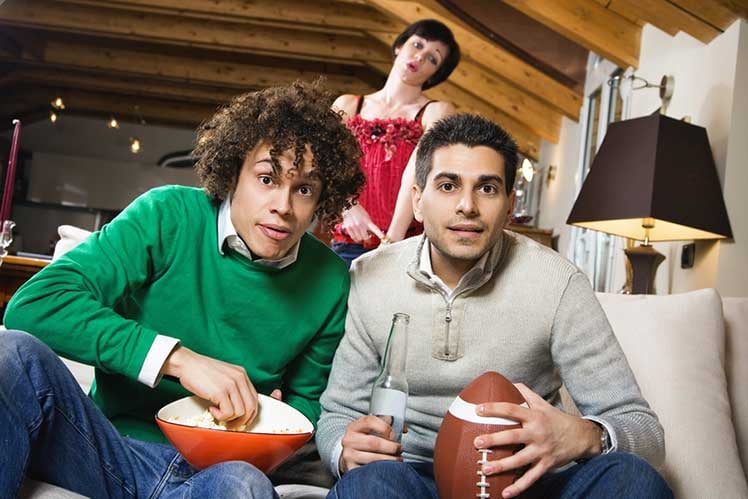 In 1967, you could have secured a 30 second spot for only $40,000.  This year, a 30 second commercial costs a breezy $5 Million... up from $4.5 Million in 2015.  While that may seem like a steep price tag for 30 seconds, being parked in front of 117 Million commercial seeking viewers presents an impressive audience.  Many brands take additional measures to increase the shelf-live of their commercials through use of social media (retweets and likes anyone?) and clever campaigns like Doritos "Crash the Super Bowl".

While we are certain to see many familiar brands such as Coca-Cola, Doritos, AnheuserBusch and Snickers, we will also see rookie appearances by Amazon and PayPal.  The full line-up of advertisers brings some anticipation but has me questioning if anyone can live up to the high standards we, as consumers, have placed on the impact of these commercials.  Good luck to the advertisers and the agencies on the instant judgement in the form of 117 Million thumbs ups or thumbs downs.  Don't worry, most of us will forget it all by Tuesday anyways.

For fun, the staff at Neon Goldfish wanted to share our favorite Super Bowl Commercials from years past.  Below is our list.  Be sure to share your favorites with us in the Comments section below.

"Directed by Ridley Scott Apple’s 1984 commercial announcing the Macintosh line of home computers reset the bar for Superbowl advertising, helping to make it what it is today.   More Importantly It’s a microcosm on how the company (and by extension Steve Jobs himself) saw their place in the emerging technology market of the 1980s.   It was featured prominently in the 1999 made for TV biography of Jobs, The Pirates of Silicon Valley, and the analogy is made clear:  IBM is the Big Brother of the dystopian, monochrome future where everyone is the same and Apple is Winston Smith (or rather a tank top clad blonde) taking a sledgehammer to Big Brother’s message of conformity and control."

"I haven’t personally seen that many superbowls, so based on my limited knowledge of the subject matter I ultimately just went with the commercial that was personally the most memorable to me. As an ad attempting to sell a product it’s not especially effective as it overshadows the item itself and gives you no information about its benefits (minus its aesthetic appeal). As a short film however this amuses me. It’s a simple concept executed well and it opened the door for an entertaining ad campaign that Volkswagen unfortunately never capitalized on. I’d watch mini Darth Vader do just about anything. The comedy would work in just about any scenario, the more mundane the better.  I can safely say that I’d happily watch more of these and even potentially share them. I mean, I’m not going to buy a Volkswagen, but it’s something… My runner up was that Clash of Clans ad with Liam Neeson for obvious reasons."

"Budweiser definitely took a 180 on this one compared to their 1995 Budweiser Frogs Super Bowl commercial. Call me a softy, but this is one of the few commercials that hit me right in the PETA Pit. How could you not get intertwined in a love story about puppies, horses, and best friends being separated only to find each other again?!

The Clydesdale is the incognito symbol in the ad and you may not even know until the final few seconds that the commercial is even for Budweiser. The ad holds your attention through a perfect blend of Passenger's "Let Her Go" and heart-wrenching cuteness. An uncommon approach to Super Bowl ads that I think hit a lot of viewers and resonated."

"Tell me what office couldn’t use a 46% increase in productivity? Get yourself a Terry Tate office linebacker (or 10) and that should help your production.  The best part is when Terry catches Gene celebrating his solitaire win. However, Gene will probably be feeling that victory for a couple days (or weeks). “You wanna play games Gene? Well when it’s game time is pain time, Baby!” Pain time is right, Terry just laid Gene out. The commercial is absolutely hilarious and will make you watch multiple times. It’s without a doubt one of the funniest Superbowl commercials ever."

"Two of my favorite sports icons growing up... Jordan vs. Bird in a game of H-O-R-S-E over a Big Mac.  Supposedly they had Bird challenge Jordan and not the other way around because of the Jordan's gambling situation at the time.  Nothing but net!"

As if the commercials were not enough, the entire event of the Super Bowl is riddled with gluttonous numbers.  There are hundreds of stats to feast on... here are a couple that we liked most.

We'd love to hear from you.
What is your favorite commercial?
What are some of the most interesting statistics you've ran across related to the big game?